once upon a time

It all started on a smallholding on the outskirts of Pretoria in the heat of day and thermal political shitstorm that was apartheid South Africa. A child of the tensioned 1980s at the wee snot-sleeved-age of two was wandering from her safety, unbeknownst to her caretakers. Her feet scuffled through the dirt and twine, marigolds snagging on the hem of her frayed dress as she wiped the mix of sharp sunlight and grass from her eyes. Her three faithful canine companions walled her in on the path as she trekked towards the cliff.

She would find it – there was no question in her mind; the monitor who skulked around the creek – the one who’d filled the countryside with dread and country hearts with fear. She would find him – and she would know him.

Of course, chances were she would not know a monitor lizard from a mopanieworm, but that did not matter much. She knew enough to understand that the monitor would be recognised by its legend, and that it would be majestic – and that such majesty needed to be beheld. Or perhaps fought. Majestic things are often awful and awesome and awkward all at once…

And that is how the mystery of our founder had found its fairytale beginning. To be sure this inquisitive, fearless and empathetic nature has been a prevalent theme throughout our lives. We’ve learned not only to craft stories, but to live stories and that these experiences and the knowledge we gain through every interaction and in every situation is relevant material for the work we do – crafting stories.

Our team has more than 10 years’ experience in content writing, branding and communication at agency, corporate and freelance level. We understand what makes people tick. Our insight spans various sectors, platforms and mediums and we draw on a myriad of resources to get the job done better than anyone else, all the while sticking to our deadlines. Because we’re people of our word. We are people OF the word. We are story people – whether visual, auditory, literary or experiential – stories come in many forms and we’re here to tell them.

No, honestly – this is really important. We don’t like beating around the bush. We thrive on open, honest and transparent communication. We respect those who give us their honest opinions, even when it hurts. This doesn’t mean we aren’t tactful, simply that we don’t want wool pulled over anyone’s eyes. 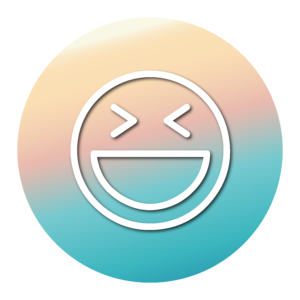 No jokes! We are a humorous bunch. We love smart humour, silly memes, spoofs and sarcasm. Humour should play an integral part in any business that strives for cohesion and connectedness and, let’s be honest, life is hard enough without the lafffs. It is the glue that binds us together and the cherry-bomb under each Monday’s arse. Business is a serious enough business, we needn’t put stress-relief under the guillotine.

AMCreative doesn’t believe in offices or conventional rules of organisational hierarchies, dress codes or conduct. We believe people will give more than 100% if they’re allowed the opportunity to work in flexible conditions and aren’t micromanaged. A proper work-life balance requires jobs which are inherently satisfying and adapt to the needs and goals of the individuals we employ.

We believe that each person is unique and these unique strengths should be harnessed to optimise outputs. No person is more important than the next – whether you’re a big shot business exec, or a tea lady – you’re equally important to us. Our team elevates each other through focusing on the things we excel at, and being cognisant of those things we fear, despise or find repulsive.

Okay, this one’s more serious – as well it should be. We believe in taking accountability for our actions. By raising a hand before shit hits a fan, we improve our operational requirements, meet deadlines and build trust. We also take care of each other and the earth. Bad things will happen, and people will screw up – but it’s how fast we admit our errors, own up and deal with the problem that puts us above the rest.

Time is our most valuable asset. We are respectful of each other’s time, as we are of our clients, and expect the same from everyone we work with. Though there will, on occasion, be times where deadlines or meetings simply can’t be met, we make every effort to make no one wait – in doing so, we reward each other more time to spend with their families, hobbies or in pursuit of the next best espresso.

AMCreative is not just one autonomous agency, but part of a group of creatives aimed at providing pooled resources to speak to every need.

We believe in goodness, kindness, collaboration and honesty. We are introverts, extroverts, thinkers and doers.

FINCOM is the first and only specialist financial communication studio in South Africa.    We’re still working on the site, but mail us here if you want to know more:

UrbnCape is South Africa’s first and only walking gallery. The idea for UrbnCape came about through the artistic urge to share more art on the streets and diffuse creativity throughout our daily lives and activities. The site offers on-demand printing and drop-shipping of a range of goods with unique South African art printed on these goods.

the creative co-op of south africa

C2O is the one and only Creative Co-Op of South Africa.  Our team of creatives offer pooled services – from SAMA award-winning musicians to wildlife photographers, oil-exploration writers, specialist legal writers, wall carvers, animators, and more.

One.Stop.Stock is the answer to all your stock needs. Whether you need custom high resolution images,one-click logos, designs, illustrations, business templates, CVs, business plans, scripts, wedding vows, proposal poetry or anything else, we have what you need at the click of a button.

One.Stop.Stock is affordable, easy to use and caters to everyone – whether you’re an individual, event planner, musician, writer or human resource manager.

the home of SA expats

Adelheid Manefeldt Fine Art is our artistic branch. This is where artworks are made and conceptualised for individuals, corporates and big buyers. We produce artworks which range from miniature sketches to digital illustrations, humongous installations and crafted objects.